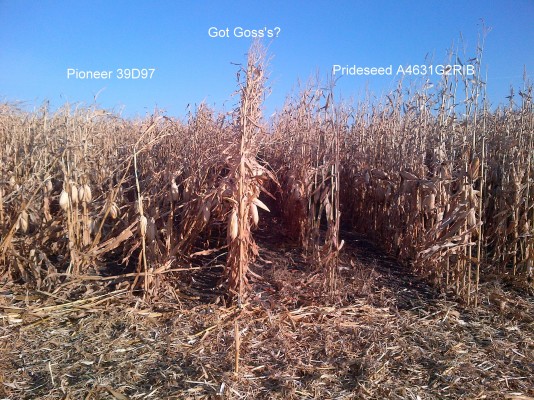 Goss's Wilt is showing up in Manitoba and Alberta. What can you do to stop the disease on your farm?

Goss’s Wilt is a bacterial disease in corn, caused by the bacterium, Clavibacter michiganensis subsp. Nebraskensis (CMN). It was first found in Nebraska in 1969, and has since spread across the corn-growing regions of the US. In the last decade, the disease has arrived in Canada.

The first case of Goss’s Wilt in Manitoba was reported in 2009 near Roland. Since then, the disease has been spreading, and has been reported in more areas each year. In 2015, 35 of 64 inspected fields tested positive for the disease. 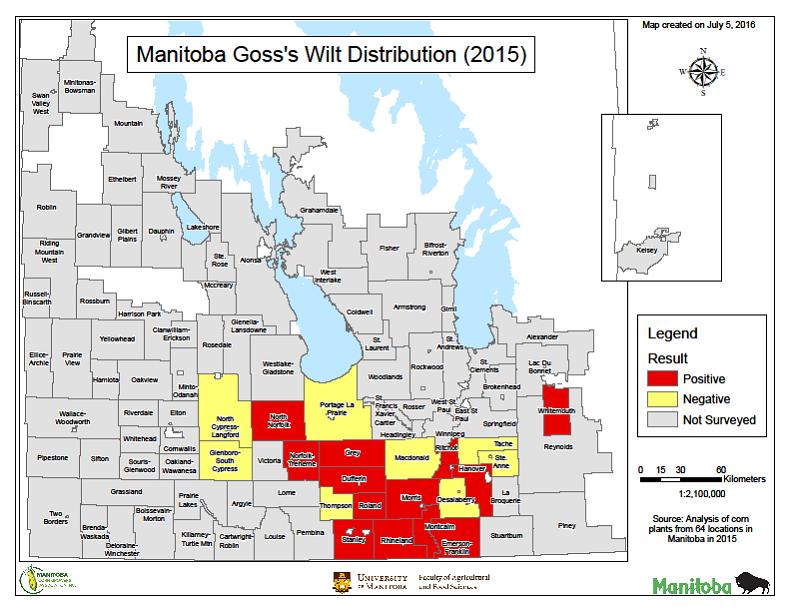 Goss’s Wilt was also been detected in Alberta in 2013. According to a report by Alberta Agriculture and Rural Development, 6 samples tested positive for the disease in that year. The report explains “Goss’s wilt represents a significant threat to the expanding corn industry in Alberta, particularly where susceptible corn varieties predominate.” 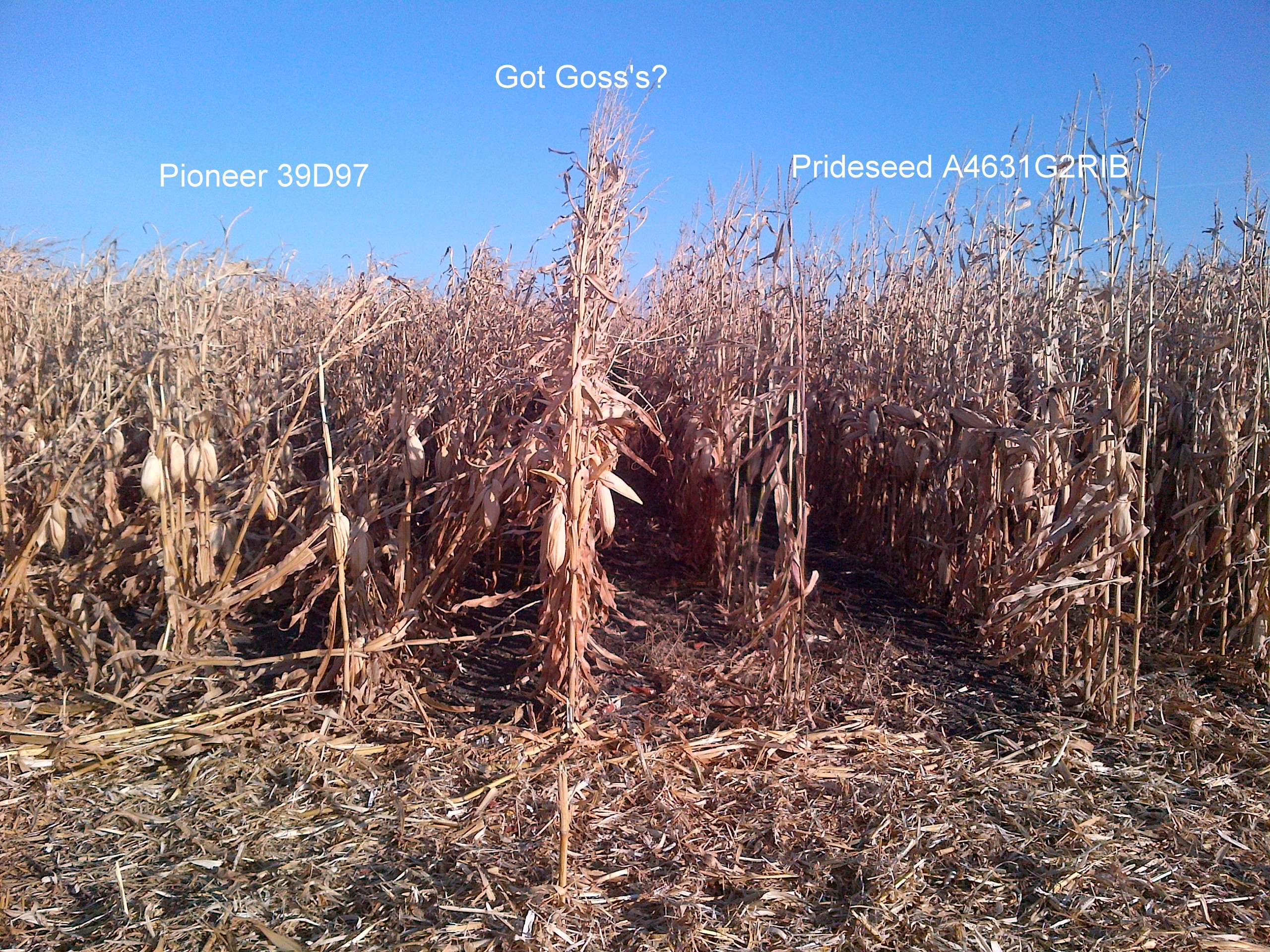 The Goss’s Wilt pathogen enters the plant through wounds from sand blasting, strong winds and/or hail. Foliar symptoms include water soaked plant lesions, which give a freckled appearance to the leaves. The lesions may also exude a sticky substance, which when dry, gives a shiny appearance to the surface of the leaves. Eventually, entire leaves may wilt and die off.

While there has not been a systemic case of Goss’s Wilt found to date, when the disease moves inside the stem of the plant it ultimately dies, potentially causing devastating yield losses.

Corn is susceptible to Goss’s Wilt at any point in the growing season, but infection typically appears in late August or early September.

Because the disease is caused by a bacteria, there is no in-crop treatment for Goss’s Wilt. Best practices for preventing the disease include:

At PRIDE Seeds commercial and pre-commercial hybrids are subjected to multiple tests to rate their reaction to the major regional corn stresses. Goss’s Wilt trials are performed by inoculating the plant by placing the bacteria on wounds made on the leaves – much like occurs in nature.  Hybrids are rated in replicated trials, in multiple locations, and over several years.  The ratings represent the reaction under medium-high disease pressure on a 1 to 9 scale where:

The Goss's Wilt Ratings for PRIDE Seeds Hybrids are some of the best on the market:

This trial at Pitura Seeds in Domain, MB, shows the resistance of A4939G2 compared to 39V09 from Pioneer. 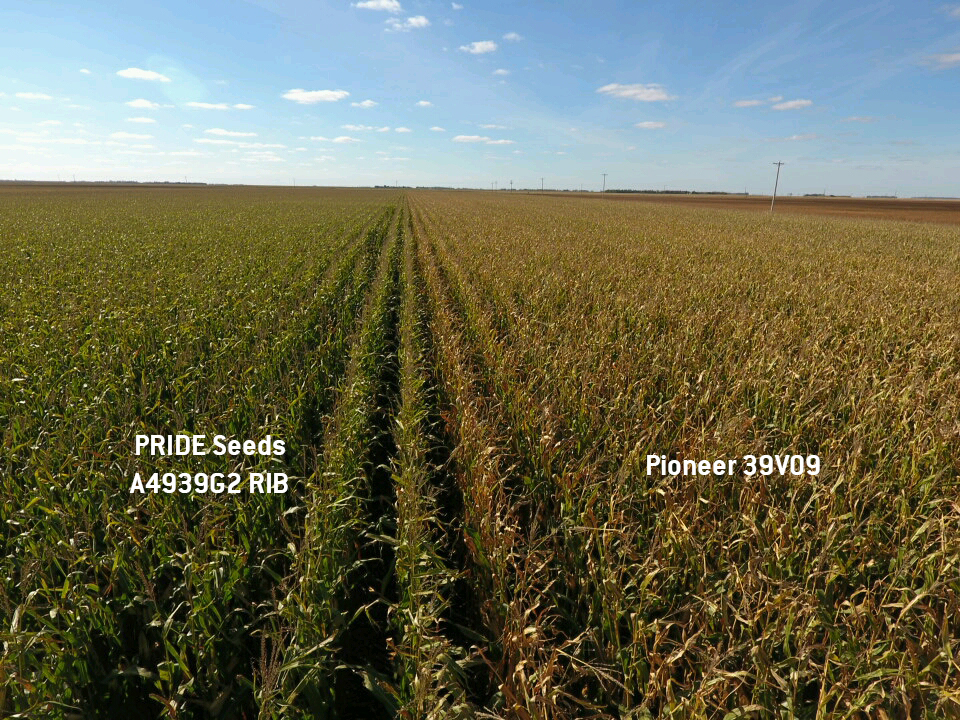