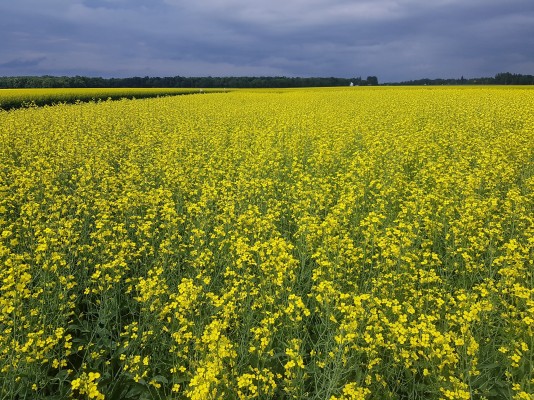 By now, you should have heard about the exciting new canola system launching in Canada this year. TruFlex™ canola with Roundup Ready® Technology maximizes yield potential by using elite germplasm combined with a second-generation glyphosate-tolerant trait that provides a wider spray window and broader flexibility over glyphosate application rates. This leads to superior weed control and ultimately better yields.

The Benefits of TruFlexTM Canola

CANTERRA SEEDS is proud to offer CS2600 CR-T, our first hybrid with TruFlex canola with Roundup Ready Technology. We are one of only a few seed companies with a TruFlex product in its launch year, and CS2600 CR-T will prove to be the most versatile.

I look forward to seeing how well adapted CS2600 CR-T will be to the northern areas of my territory. With its early maturity, extensive clubroot resistance and straight-cut ability, this canola variety should be exactly what our customers have been asking for in a canola variety.

For more information about CS2600 CR-T, visit our product page or call your local Territory Manager.

Joanna Forsberg is CANTERRA SEEDS Territory Manager for Western Saskatchewan. She resides in Waldheim, Saskatchewan with her husband Blaine. They have three grown children. Joanna has a Bachelor of Science in Agriculture degree from the University of Saskatchewan. After owning her own business for many years in Saskatoon, Joanna was drawn back to working in the agriculture industry about five years ago and has been with CANTERRA SEEDS for almost two years.