A Lake Lenore-based non-profit organization is getting a $2,500 donation to help fund various projects that aim to remove barriers to mental health treatment access after being nominated by Cortney Hartl as part of the Rooted in the Prairies Project by CANTERRA SEEDS.

Speaking Through C.R.A.I.G. (Creating Resilience and Awareness Inspired through Guidance) Solutions Inc. was formed by Hartl and her family in memory of her brother, Craig, who took his own life after struggling with anxiety and depression.

“In recent years, farming and mental health have been linked more and more,” says Hartl. “Craig’s passing inspired us to educate ourselves on mental health and work toward ending the stigma around mental illness.”

Speaking Through C.R.A.I.G.’s mission is to encourage people struggling with mental health issues to reach out for help, and support those seeking help with direction, connections, guidance and other projects, such as their flagship M.E. Day event.

“M.E. stands for Mental health Edification and M.E. Day will be an opportunity for people to broaden their knowledge and understanding about building their mental health team,” says Hartl.

M.E. Day presenters will discuss their own journeys with mental health, as well as explain what drove them to get the help they needed to improve and maintain their mental health. The Rooted in the Prairies Project donation will also help fund Sierra’s Gift, Project H.E.L.P. and Project Ivan, three programs working toward expanding mental health treatment options in the health care system.

To celebrate 25 years in the seed business, CANTERRA SEEDS launched the Rooted in the Prairies Project in March 2021, with the goal to award ten $2,500 donations to local causes nominated by CANTERRA SEEDS seed grower shareholders and farmers throughout Western Canada. Speaking Through C.R.A.I.G. was nominated in the Western Canada-wide category, which was open to all farmers across the Prairies. 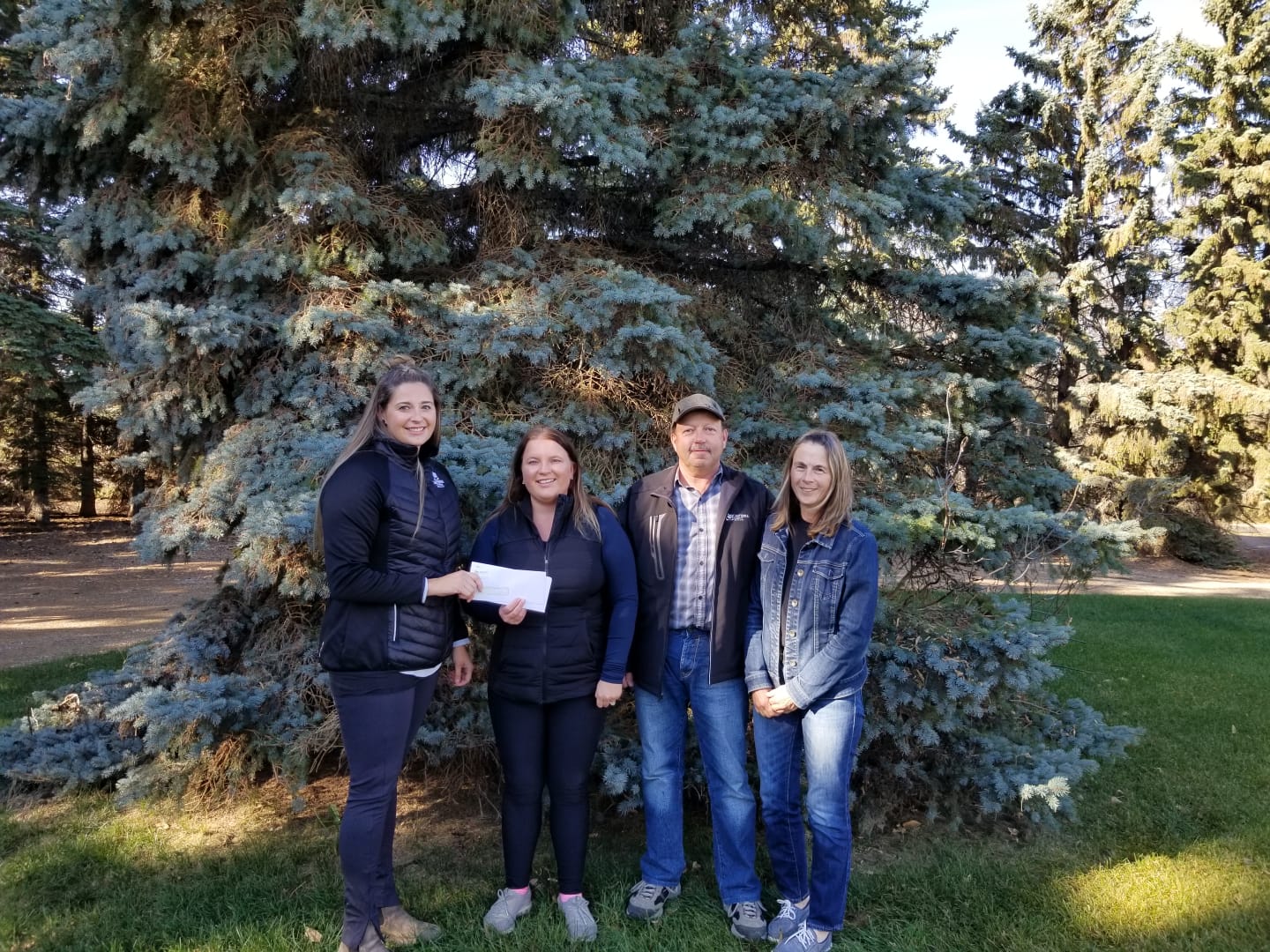 Photo: Charlotte Greenshields presents the $2,500 cheque to Cortney Hartl, and Brad and Sherry Schemenauer. Brad and Sherry are CANTERRA SEEDS shareholders and involved with Speaking Through C.R.A.I.G. Solutions Inc.