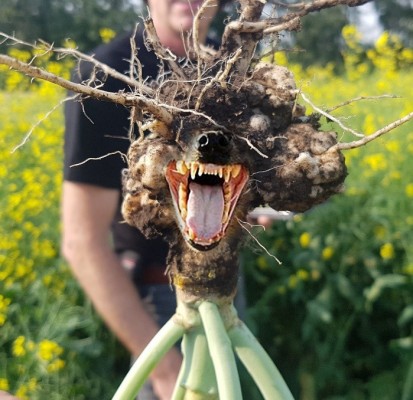 When canola growers see the clubroot situation in central Alberta, a reasonable question that many likely ask themselves is how do I avoid that? Looking at all the extra management and time that arises from the hidden tumult of a positive field, such as:

Prevention sure starts to look better than managing the disease. The question of how to avoid a situation like this is certainly one that every canola grower should be asking themselves. 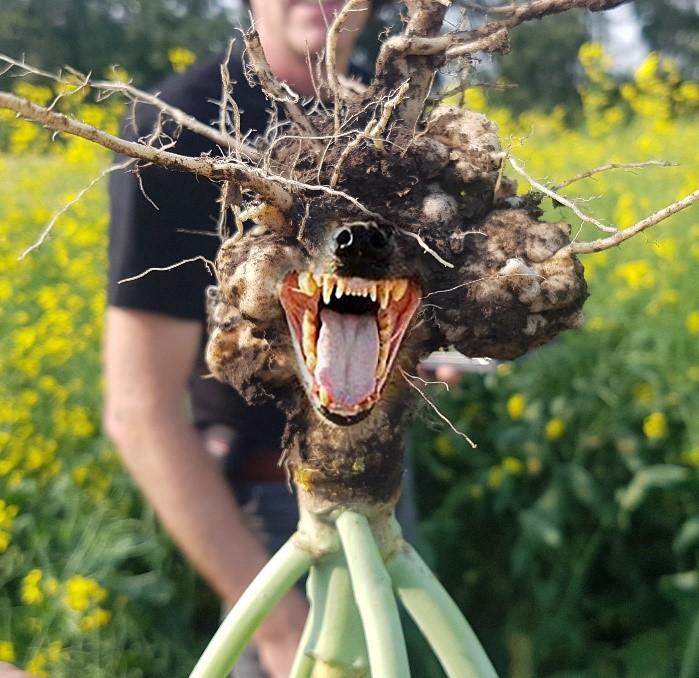 So how can you avoid a life sentence with this pest? Fortunately, researchers have been studying this for a while now and there are a number of best management practices that can be undertaken to prevent or greatly minimize the disease from taking hold of your fields. The underlying logic behind each of them is to minimize spore load concentrations. Some of the key ones are:

None of the prevention tactics mentioned above are intended to be used in isolation – they are all to be done as part of an integrated prevention strategy. Minimize the risk of spore build-up by employing the sustainable use of genetics as good preventative maintenance and reap the rewards of being able to continue working on clubroot-free fields.