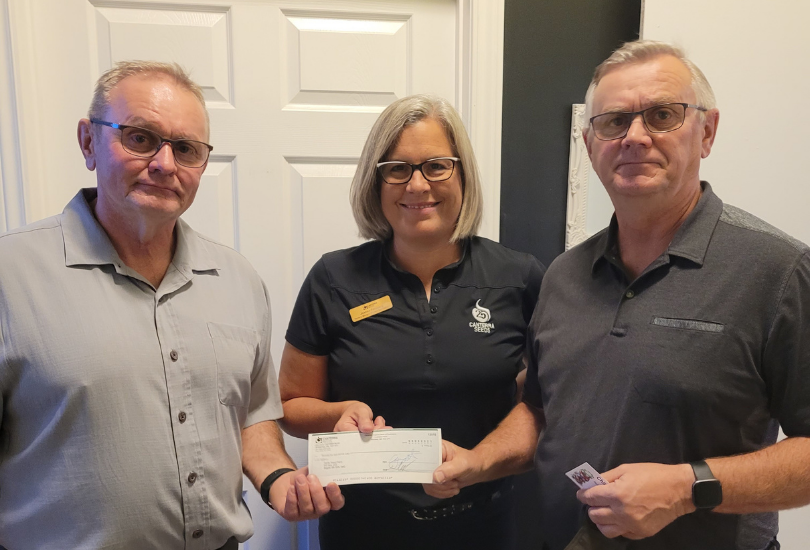 Biggar, Saskatchewan’s Revitalization Project is one step closer to its fundraising goal after receiving a $2,500 donation from CANTERRA SEEDS through the company’s Rooted in the Prairies Project.

Dale Wylie of Wylie Seeds, a family-owned pedigreed seed farm 14 kilometres south of Biggar, nominated the Biggar Revitalization Project because he wanted future generations to experience the town as he’s known it.

“Biggar has always been a very vibrant town with a long history due to its divisional point in the railway,” says Wylie. “This project matters to me because it helps keep our community vibrant and renewed, which is so important when you’re trying to attract young families and keep it growing.”

Funds raised from the campaign will go toward improving infrastructure on Biggar’s Main Street and transforming the Canadian National Railway grounds into a multi-use park, tourism hub and interpretive centre.

CANTERRA SEEDS launched the Rooted in the Prairies Project in March 2021 to celebrate 25 years in the seed business with the goal to award ten $2,500 donations to local causes nominated by CANTERRA SEEDS seed grower shareholders and farmers throughout Western Canada.

The $2.5M fundraising campaign kicked off in April 2021, with all funds raised to be matched by former Biggar residents Ina Lou and Wayne Brownlee of The Brownlee Family Foundation for a total fundraising goal of $5M.

“It’s a really great example of Rooted in the Prairies,” explains Wylie. “Here’s a couple of people who grew up and went to school in Biggar, moved on to lead successful careers and came back because they wanted to give back to the community.”

Pictured below is Bill Wylie speaking at the Great Western Brewing Company's 'Biggar Beer' launch for the Biggar Revitalization Project. 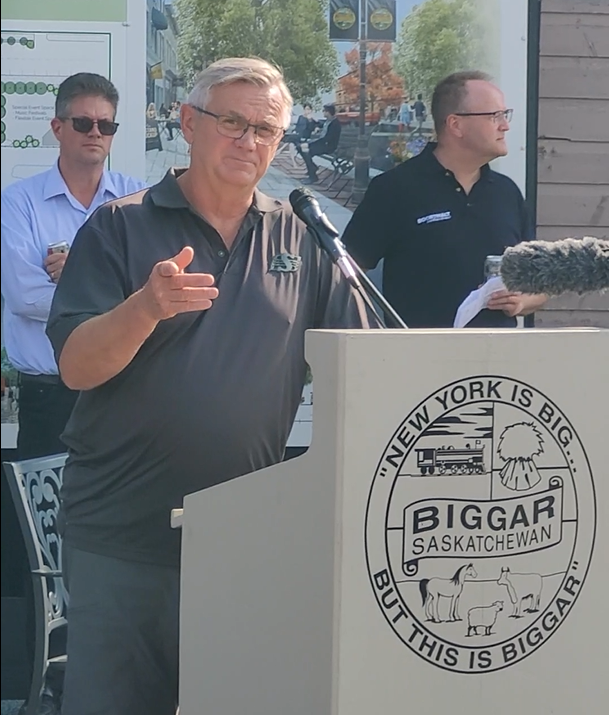