The Story of CANTERRA SEEDS: From Seed to Company 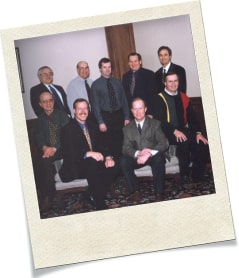 In the spring of 1996, the vision and work of nine seed growers from Western Canada came to fruition with the launch of CANTERRA SEEDS. That vision was founded on the principle of selecting and securing the best genetics for Western Canada, and keeping them in the hands of seed growers and farmers.

That original group of nine seed growers from each of the three Prairie provinces (three per province) eventually grew to over 150 seed grower shareholders. With the addition of canola, corn and soybeans to the company’s portfolio of seed, CANTERRA SEEDS would partner with local and international seed breeding programs and cast a wider net in the mission to bring the best of the best to Prairie farmers.

Now, 25 years later, some of our founding fathers share the story of our company’s roots and celebrate the seed of an idea… 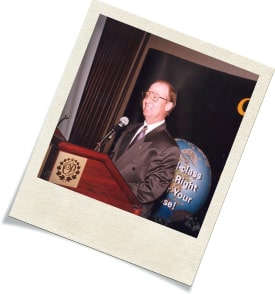 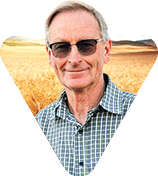 A made-in-Canada opportunity for seed growers to be involved in the acquisition and distribution of varieties was at the root of the founding of CANTERRA SEEDS. Henry shares how opportunity turned into success. 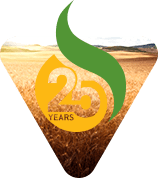 The idea of CANTERRA SEEDS was first germinated by Ken, who also knew that great ideas need great people to grow. Principle and purpose were at the root of that idea, as told by Ken.

When nine seed growers gathered in Saskatoon to hear Ken Nelson’s vision for CANTERRA SEEDS, no one knew where opportunity would take the company. Vince shares his pride in having been a part of the journey.

If something is worth doing, it is worth taking the time to do it right. Carl shares his story of the early days of turning an idea into a company. 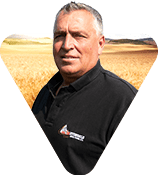 Inclusivity and teamwork were at the root of launching CANTERRA SEEDS, and Fred shares his recollection of those early years and the importance of staying true to those roots.

The role of the seed grower in the seed business was changing and our company founders saw a need for a new seed company with a new philosophy. David shares that story.

CANTERRA SEEDS is rooted in Western Canada, but the company cast a wide net to secure the best genetics for farmers on the Prairies. Max talks of the importance of partnerships to the company. 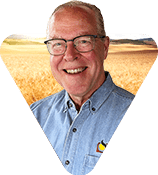 As one of the new company’s first employees, Dave helped move the idea of CANTERRA SEEDS into a business. Seed grower shareholders were critical to that launch; Dave tells us why.

Rooted in the Prairies Blog

Photo: Minnedosa Grain Growing Project 2022 harvest Food is one of the four basic human needs for survival. It is a part of our daily routines, and it is embedded in our culture, families and as part of our social settings. Eating is so second nature…

Curling brings towns together through a shared love of good hits, hammers and raises - but one curling club in Wetaskiwin, Alberta, is using the game to take out barriers. The Wetaskiwin Curling Club is a 100 percent volunteer-based organization that…

Simon Lavoie of Lavoie Ventures Ltd., nominated the Centre Culturel de St-Isidore to receive a $1,500 donation from the Rooted in the Prairies Project to help with funding a future playground for the community.

Joan Booy of Je-Jo Farms Ltd. nominated the Glaslyn & District Recreation Board for Rooted in the Prairies Project, and funds will be going toward a lighting upgrade in the local arena.

Response time is critical in any emergency, and Cody Glenn of Southline AG Services understands this challenge better than anyone as one of Climax, Saskatchewan’s fire department captains. “The fire dept has had a limited budget for many…

Rudy Warawa of F.A.R.M.S. Ltd., nominated the Mundare Easter Basket Ukrainian Refugee Effort and received $500 from the Rooted in the Prairies Project. The Effort is helping settle evacuees from Ukraine with housing, employment, and moral support to make their transition to Canada easier.

Naicam Minor Sports strives to provide affordable and positive experiences through baseball and hockey for all youth, no matter their financial background. Lynnell Pomedli nominated the organization to receive $2,500 from Rooted in the Prairies Project.

Roy Klym of RoLo Farms Ltd. nominated Regina Food Bank for the Rooted in the Prairies Project and used his $2,500 donation for Farm2Kitchen - a program that partners with Prairie food producers and agribusiness leaders to use homegrown oats to feed those in Saskatchewan who live with food insecurity.

The Acme Alumni Association of Acme, Alberta, has made raising money to provide safe, affordable transportation for teams one of their goals and was nominated by Paul Wiebe, of Assure Seeds Ltd, to receive a $2,000 donation from the Rooted in the Prairies Project.

Bill Jackson, of BFWA Jackson Farms, nominated Minto Mini Mustang Daycare for the Rooted in the Prairies Project to help cover some of the costs of its relocation and expansion.