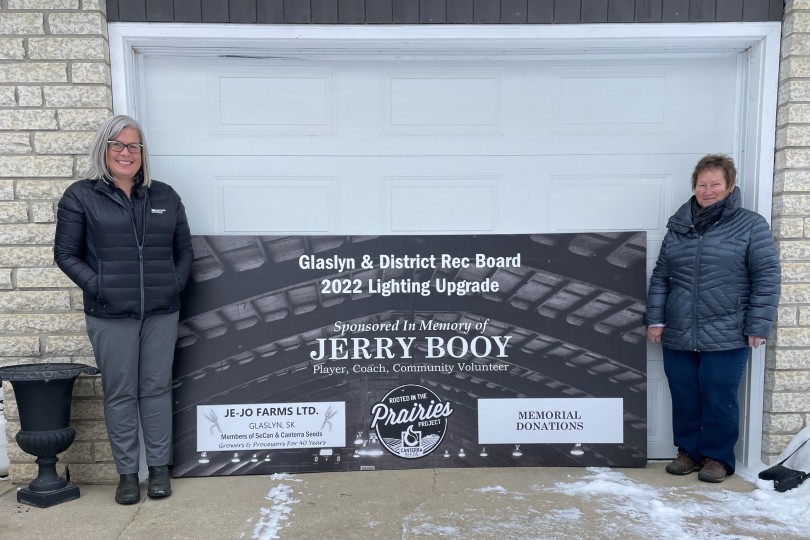 Learning how to skate is a fond memory for many Canadians, because more often than not, it was a day spent with mom or dad - learning the same way they did when they were young. The village of Glaslyn, Saskatchewan, isn’t any different in its generational love of sports, having its local arena serve as a hotspot for people of all ages.

“My husband, children and grandchildren all used the facility,” says Joan Booy of Je-Jo Farms Ltd. “It was great to see multiple generations simultaneously enjoy the space.”

The Glaslyn & District Recreation Board hosts many fundraising events to help cover the rinks operating costs, which is why Booy nominated the recreation board to receive a $2,000 donation from the Rooted in the Prairies Project.

The rink is in a large arch rib building and improving the lighting of the ice surface was on the board’s list of projects for both the safety and enjoyment of the skaters.

“All the funds went toward a new light system,” says Booy. “The upgrade is in memory of my late husband Jerry who passed in 2020. It’s nice to know he’ll be shining a light for future generations to enjoy the rink as he did with our family.”