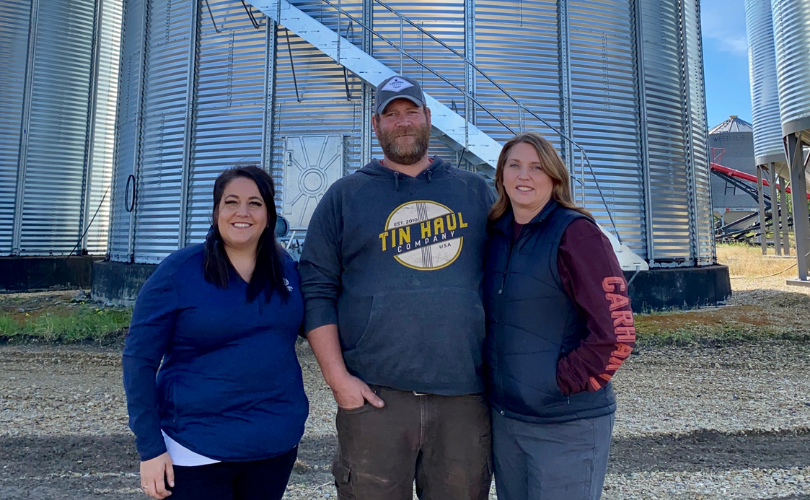 Hockey players and skaters of all ages in the La Glace, Alberta area will soon lace up their skates in a brand-new hockey arena partly funded by Dan Richards of Scenic Heights Farms after he nominated the La Glace Ag Society through the Rooted in the Prairies Project by CANTERRA SEEDS.

The La Glace Ag Society has been working on fundraising to construct the La Glace Regional Recreation Centre, a new building that will act as a hub for the community and provide a space for sports, concerts, markets and other community events.

“Our current hockey arena has reached the point of needing to be replaced,” says Richards. “It was built quite early and we’re just having a lot of problems with keeping it open.”

Having grown up in La Glace, Richards and his family have been involved with the existing recreation centre for years in multiple capacities.

“We’ve done some coaching and volunteering over the years,” says Richards. “My brother and I grew up playing hockey there, my daughters have played hockey and curled up there and some of our family members have been part of the executive board.”

Rather than simply donate the funds awarded from the Rooted in the Prairies Project, Richards decided to amplify his donation. CANTERRA SEEDS provided $2,500 worth of canola seed to Richards in lieu of a donation, which will exponentially increase the final amount donated once the harvested crop is marketed.

“It’s a nice way for the whole community to get together and raise money by growing a crop for the Ag Society,” says Richards.