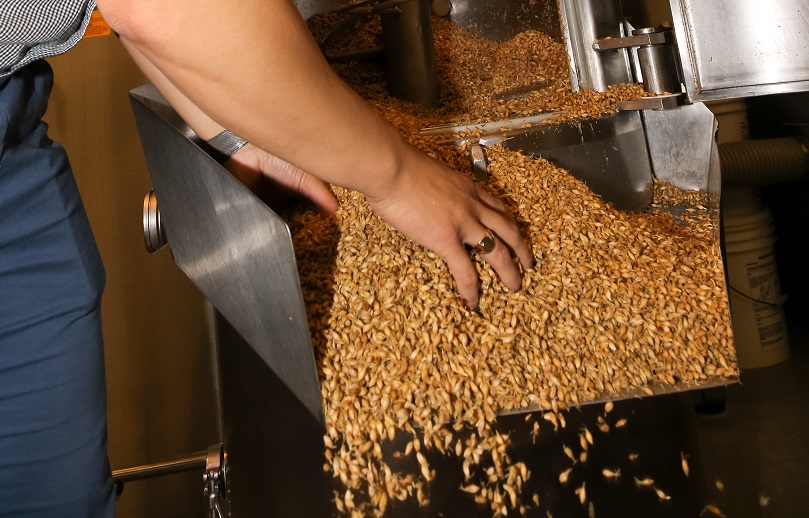 Each year, the Canadian Malting Barley Technical Centre (CMBTC) releases their recommended malting barley varieties list to indicate to producers the varieties that are in demand in the marketplace and those that have the greatest potential for contracting, selection and movement.

Brent Derkatch, Director, Pedigreed Seed Business Unit at CANTERRA SEEDS, and his team have been hard at work bringing their AAC Connect malting barley variety to market and are very pleased with the vote of confidence it has gotten from the industry.

“At the top of the list this year are two of Canada’s newer varieties, AAC Connect and CDC Fraser,” says Peter Watts, Managing Director of the CMBTC in a press release announcing the publishing of the list.

“These varieties are now largely accepted by domestic and international maltsters as well as brewers. They have also demonstrated themselves to be high performers in the field for Canadian farmers,” Watts says.

Gordon Moellenbeck, a Englefeld, SK farmer has been growing AAC Connect for a number of years and is not surprised by the latest recommendation from the CMBTC.

“AAC Connect has been very consistent in the field, and the CANTERRA SEEDS team has done an excellent job of proving its suitability to the malting market,” says Moellenbeck. “I’ve grown it for years, and I’ve sampled the end product, and I’ve got to say I am a fan of both.”

This year, AAC Connect reached a new seeded acreage milestone while AC Metcalfe has been removed from the list after almost twenty years. The CMBTC says newer varieties with improved agronomics and disease resistance are helping to keep malting barley competitive with other crops in Canada.

“With growing market acceptance of our new varieties with their improved agronomics, I would encourage producers who plan to grow barley in 2023 to consider a new malt variety if they have not already,” says Watts.

“A lot of hard work has gone into showing farmers and maltsters that this variety has the qualities they are looking for,” says Derkatch. “Having the CMBTC rate it a top performing variety with growing demand makes it all worth it. For CANTERRA SEEDS, it’s really the reward for all the seed growers and farmers that have put their trust in this variety.”

Derkatch says building that trust is sort of a chicken and egg situation. He and his team have to demonstrate to farmers that the new variety is an improvement over the varieties they are accustomed to growing and there is a market for it, and at the same time demonstrate to maltsters that the variety has the attributes they desire in order to create that market.

“Introducing a new barley variety suitable for malting is just the start of the journey of getting it ultimately made into beer,” he says. “Brewers spend a lot of time perfecting their brews, and farmers and maltsters bring the same craftsmanship and attention to detail to the growing and malting of barley.”

Demonstrating to both that a variety can check all the boxes can take years, and even though AAC Connect continues to gain acceptance, CANTERRA SEEDS is already hard at work bringing the next variety to market.

“AAC Prairie is a promising new variety we are working on,” says Derkatch. “In the quest for the best, there is no rest – when it comes to malting barley, or making beer.”