If you’re in a growing area with warm, humid conditions or even in a dry area that has just the right amount of timely rains, your canola is at risk for blackleg.

And when it comes to blackleg, the experts tell us that you can lose a significant amount of yield, even with low levels of infection of the disease – see this recent yield-loss model developed by the Canola Council of Canada: 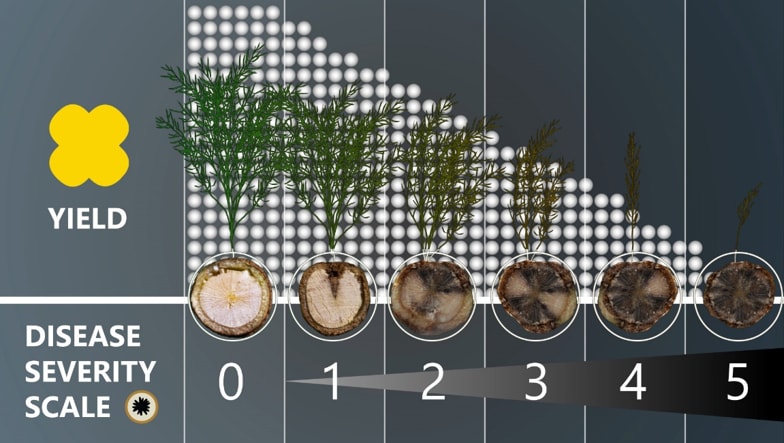 Genetic resistance is the most economical and effective tool we have to combat it, but understanding the resistance genes in varieties and how they work can be a challenge.

Quantitative resistance is complex and hard to easily measure at this time, but it is colloquially known as the ‘R’ rating that most growers recognize on seed labels. It is a type of background resistance that varies among varieties.

Major gene resistance is a single, unique gene within a canola hybrid. For a major gene to provide effective resistance, it requires a corresponding avirulence gene in the blackleg pathogen to complete the gene-for-gene interaction and produce a resistant reaction.

If a resistance gene in a hybrid match the prevailing avirulence gene of the blackleg in your field, you should have an effective defence against the disease and therefore be in a way better position to protect against yield and profit loss.

In 2017, the Blackleg Steering Group released the “Major Gene Labelling System.” CANTERRA SEEDS is currently one of the few companies that is participating in this system, giving our customers more complete information.

As you see above, the major gene labelling system uses 15 letters to label 15 individual major resistance genes. The more letters your canola has the better, because it means more levels of defense. See our past blog post about the Major Gene Labelling System to read more about the introduction of this system.

Next week, I want to put this information into context for your farm by sharing some of the specific resources for Western Canadian growers. I will share ways to help you gain a better understanding of the variability of blackleg within your fields, and ways to use this information to select varieties that will help you keep yields up and blackleg down. 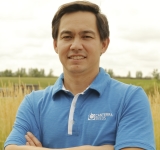 Shaan Tsai, Canola Product Development manager with CANTERRA SEEEDS, has over 12 years experience working with canola. In this time, Shaan has helped launch several highly successful varieties into the marketplace that have helped farmers be more profitable.