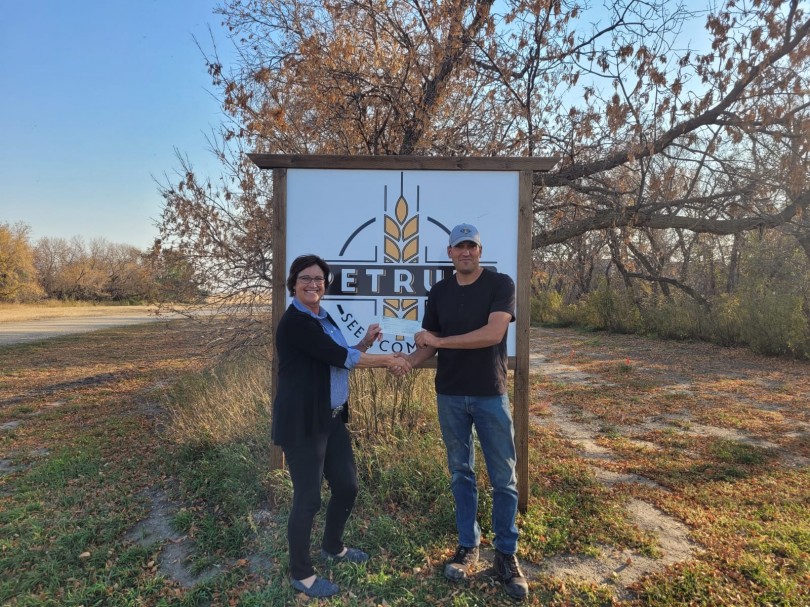 Broken Arrow Youth Ranch is receiving more than $48,000 as a result of the Rooted in the Prairies Project from CANTERRA SEEDS and the Bushels for Broken Arrow Project after being nominated by Nick Petruic of Petruic Seed Company Inc.

“To me, I don’t think the work they do is very visible in southern Saskatchewan right now,” says Petruic. “They’re very quiet and humble and modest, but they do amazing work. We supported them in the past and will support them moving forward.”

Petruic opted to take the $2,500 donation from the Rooted in the Prairies Project in seed to amplify the donation with the Bushels for Broken Arrow project, planting 160 total acres of AAC Congress and CDC Credence durum along with Mackenzie Farms, Highland Valley and Lievaart Farms.

“They literally ask for nothing and give everything,” says Petruic. “I’m just happy to give them what we can.”

The ranch takes in children from families going through periods of difficulty where it would be beneficial for the children to spend time at the ranch while the rest of their family gets the help they need. During their time at the ranch, children go to school, tackle household chores and ranch duties and participate in outdoor activities like kayaking and ice skating.

“We exist to help families heal and grow,” says Todd Moroz, CEO and Director of Ministry and Outreach at Broken Arrow Youth Ranch. “We work and communicate with the entire family throughout the time that the kids are there. Our goal is to reunite the family when they’re doing better and ready to face life as a whole unit again.”

Since 2017, the Bushels for Broken Arrow project has raised over $250,000 for Broken Arrow Youth Ranch. In 2021, the durum seed donated as part of the Rooted in the Prairies Project from CANTERRA SEEDS has so far brought in over $48,000, which will help fund the ranch’s operating budget. Two of the four farms still need to provide their donation to the ranch, which means the resulting donation will be that much more help.

“The Bushels for Broken Arrow project has been an incredible blessing to us,” says Moroz. “We can’t thank the farmers enough for their sacrifice and generosity. Without them, we couldn’t exist.”

All winners from the Rooted in the Prairies Project were featured on the CANTERRA SEEDS Behind the Seeds blog at canterra.com/blog. For more information about our silver anniversary celebration and company history, visit canterra.com/roots.